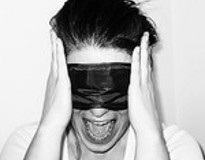 I am a PhD student currently in Birmingham (UK).

I run on coding, cakes and coffee.

I am researching the use of technology (especially pervasive technology) to support humans in breaking their bad health habits and creating new ones. I am especially interested in using technology to alter automatic behaviour (i.e. the sort of things you “do without thinking”). If you are also interested in that stuff, you can find out more on my PhD page. I also helped build a stroppy kettle, which forces you to make coffee in a more environmentally-friendly way.

I’m also keen on supporting other people – especially women – who want to learn to code. I was delighted to recieve a Google Anita Borg Scholarship in 2012. If you’re eligible, I would strongly strongly advise you to apply – feel free to get in touch to discuss. I like tinkering with new things. And cake. I put these two likes together in a cake orchestra. And played it at an avant-garde music event. Neither the audience nor I knew quite what to make of it. Although my cat tried to eat it.

I once gave a talk (a worst-case scenario about pervasive tech altering shopping by cramming context-aware ads down your throat) driven by RFID-enabled cakes. Only one got eaten. A more recent talk (title: You are a zombie, but computer science might be able to help) featured quite a lot of marshmallows being eaten.

This site uses Akismet to reduce spam. Learn how your comment data is processed.